If someone walked up to you right now and said, “Hey nice looking dog… I’ll pay you $10,000 for him right now…right here.” – Would you do it?  That was the question that was asked at the dinner table last night at our house by one of our 5 kids. (Yes I did say 5.)

At first I wanted to choke on the spoonful of mashed potatoes that I has just stuffed into my mouth but I was able to keep my composure as I was even surprised that one of my offspring would dare even ask such a question!

I said, son…seriously Bear is our family member. (Bear is our dog and we LOVE him) …we would never dream of giving him away for any amount of money.  His is family and you don’t even think of doing something like that.

But my son persisted and said…ok how about $100,000?  I replied with the usually… “But nobody would really do that son.”  and of course his response was “Ya but WHAT IF someone did Dad?  What if they offered you a MILLION DOLLARS”

Suddenly thoughts of an old Robert Redford movie which I can not remember the name flashed through my mind where a guy was offered a million bucks for his wife or something crazy like that.  So I ended the conversation with… “No way…no how…not ever…not for any amount of money son!”

Case closed right?  Not exactly.  I decided to ask good old “Facebook” the same questions thinking that nobody would respond.

Now I know the question is crazy right?  I mean who would really do that.  Well the responses were very INTERESTING to say the least!

First my wife chimed in set the record straight… 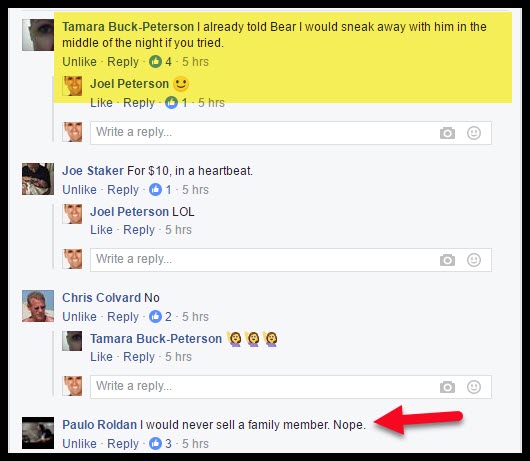 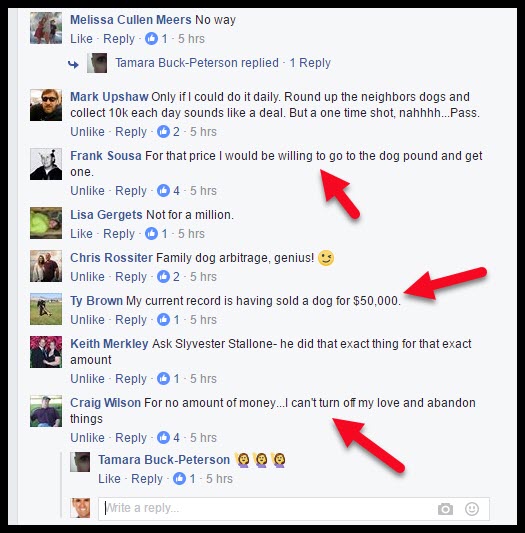 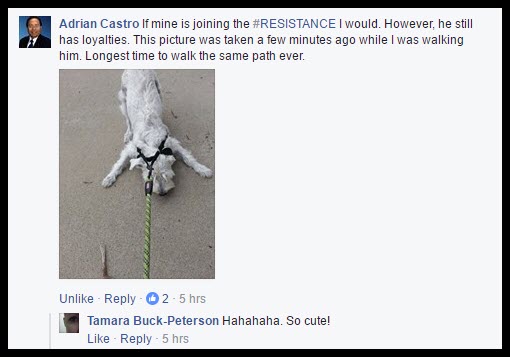 Overall I began to see a pattern.  Those who do not have or have never had a dog in their life were for the most part the people who WOULD sell their dog for $10,000 but those that have a dog…or should I saw a dog has touched their lives would NEVER in a million years sell their dog for any amount. 🙂

Perhaps the question I SHOULD have asked this question instead…

“How Much Would You Pay To Have A Dog You Have Lost Back?”

I have a feeling the answer would be anything.

Please let us know what YOU would do if you were faced with this question and if you do have a dog in your life…go give them a BIG HUG right now and don’t ever get the crazy idea of selling him or her ever!

P.S. This is Bear!  He is not going anywhere! 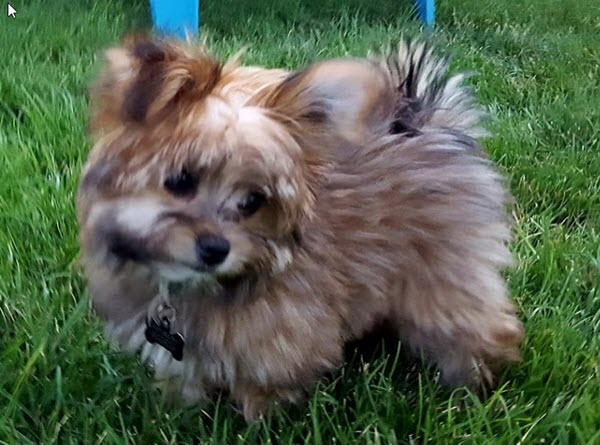 If you want to see my original post you can go here…people are STILL commenting.

Rescuers Receive Call About Severely Neglected Dog, They Soon Realize It’s Not A Dog At All